Suicide – A Scottish Injustice insult to Our Families 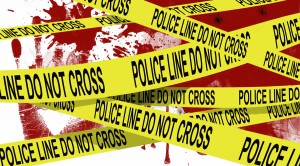 In England someone cannot be determined to have committed suicide unless it is proven beyond reasonable doubt. This is the legal level required for a prosecution to be taken in a homicide case. This is also reviewed publicly with the case being scrutinised and the subsequent inquiry being run by The Coroner who is completely independent from the prosecution services, i.e., he/she is independent from the Prosecutor and Police who ran the investigation. Some of the reasons being;-

In Scotland suicide is determined by the Fiscal after an investigation by Police. The determination and the way it is officially recorded is seen as being PROBABLY suicide.

Furthermore while the determination is based on probability (no definition), therefore cannot be deemed to be certain and yet these cases are used as statement of fact in determining if it is feasible to carry out such acts.

SHOULD WE WORRY ABOUT THIS?

Margaret and Stuart Graham are the mother and step father of Colin Marr. This site is an attempt to develop a community to allow victims of our Justice sytem to work together rather than be isolated voices.