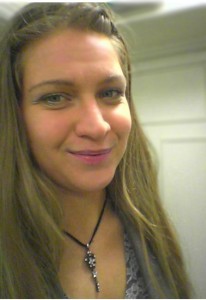 Annie Borjesson was found dead on Prestwick beach in the morning of 4th December 2005, she had then been missing for more than 16 hours in which time the Strathclyde Police had refused to investigate.

There were many suspicious circumstances surrounding her death at that time, though the police informed her family that she had probably committed suicide by drowning and no investigation of any significance took place.

After raising many questions and highlighting inconsistencies in the information provided by police the family were then told that Annie’s death could have been suicide, accidental or she was murdered. Annie’s family could not bury Annie for 18 months as they had a further autopsy carried out in Gothenburg, Sweden which yielded even more information to raise questions on Annie’s cause of death. Family and friends continued to raise awareness of this case through organised Justice marches and also through private investigation.

In the past 8 years they have uncovered even more evidence that points further away from accidental death or suicide but they still have no access to investigation findings, allowed an FAI nor had any investigation commensurate with the circumstances and thus the family are no closer to closure than they were in 2005.