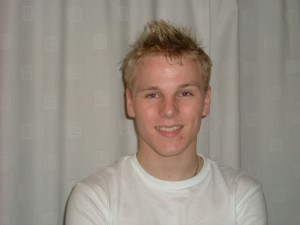 He died of a single stab wound to the chest with one other person present. His death was immediately treated as self-infliction and not investigated until October 2009 despite being re-opened in February 2008 after inputs from his family.

Members of police and Fiscal’s service were found to be negligent and of misleading Colin’s family through 2008. The October 2008-2009 investigation had many issues and an FAI was instructed for February 2011. This FAI validated much of the families concerns and served as the basis of a request for an independent investigation. Due to this shift in position at the FAI, Colin’s insurance paid out to his family where previously this had been withheld.

Family found out through information released from the FAI that DI Graham Seath of Fife Police, the senior investigating officer, manipulated the findings of the investigation and passed this manipulated version to expert witnesses. The essence of his actions would imply that Colin attempted to kill himself when in fact there was no evidence to substantiate this, Colin was being framed. Police and Crown Office have refused to deal with this, in fact,  taking so long to deal with it that this individual is likeley to retire before any disciplinary can be taken. This is by no means the first time in this case such behaviour has been witnessed. The strength of our conviction is if we are making this up we can be charged, so far no one is charging us.

In 2012, Strathclyde police investigated Colin’s death but were unable to pursue a number of avenues owing to previous failings, actions and the passage of time. Today Colin’s death is now open and suspicious. Colin’s case would not have been treated as self-infliction with such haste if subject to scrutiny. Likewise, loss of pertinent evidence would have been restricted by prompt challenging of available evidence.